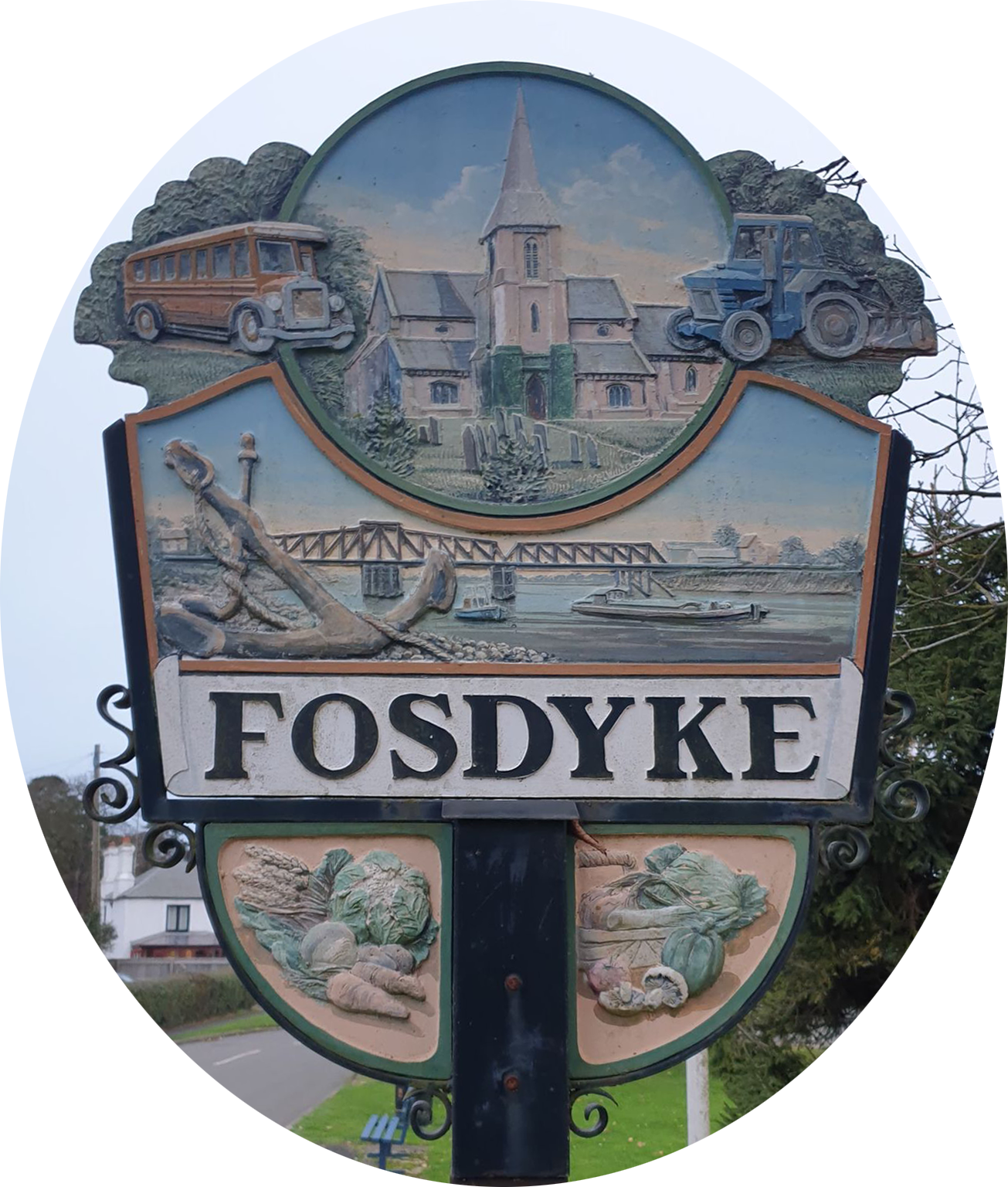 The name derives from the Old English and Old Norse “fotrs dic”, meaning Fotr’s (a personal name) ditch, so clearly we have a long history as a village. Your Parish Council is here to learn from our village history, to help us all to live with the present and to help shape our future, here in this beautiful corner of England by the great wash.

Although not mentioned in the Domesday Book, records go back to the 12th century (when King John is famously supposed to have thrown away his great treasure here). Since when it has always had a reasonably busy port, the activities of which together with agriculture, have been the mainstay of employment in the village until recent times when the old Port and its shrimp fleet ceased to trade. Today, the main source of employment is still Agriculture and its associated Food/Flower/Plant Processing Industries, so typical of South Lincolnshire, together with the activities of a rejuvenated port in the modern guise of a yacht haven. In the 18th century this was a popular bathing resort for Sunday afternoon outings, treacherous though the waters were and are. As with the churches, the ‘new’ bridge over the river Welland is the third. The lamp from a previous bridge now shines in restored beauty over the church path.

The village is near the mouth of the River Welland, and the parish extends across the river to include both ends of the hamlet of Fosdyke Bridge.

Fosdyke Wash, the marshy area at the mouth of the Welland, is shown by Ordnance Survey as the nearest coastal location to Coton in the Elms in Derbyshire, which is the furthest point from the sea in Great Britain, 70 miles (113 km) away.

Fosdyke is one of eighteen civil parishes which, together with Boston, form the Borough of Boston local government arrangement, in place since a reorganisation of 1 April 1974 which resulted from the Local Government Act 1972. Fosdyke parish forms part of the Five Villages electoral ward, along with Algarkirk, Bicker, Sutterton and Wigtoft. Hitherto, the parish had formed part of Boston Rural District in the Parts of Holland. Holland was one of the three divisions (formally known as parts) of the traditional county of Lincolnshire. Since the 1888 Local Government Act Holland had been, in most respects, a county in itself.

Fosdyke has a well equipped village hall. There are no shops, and the nearest post office is in Sutterton. Close to the village’s hamlet of Fosdyke Bridge is The Ship Public House, a good local Inn serving food as well as drinks.  The popular Fosdyke Playing Field provides a wide range of leisure and sporting pursuits including a Sports & Social Club, which has facilities for pool and darts. The playing field, used by Fosdyke Football Club, has an enclosed multisport area (opened in 2009), used for five-a-side football, basketball and volleyball. Adjacent to the social club building is a children’s adventure playground. Situated at the end of the playing field is a bowls club, which moved to Fosdyke in 1991. Fosdyke’s Grade II listed Anglican church is dedicated to All Saints. In 1871-72 the church was entirely rebuilt in brick on the site of older churches, in an Early English style. In 1885 Kelly’s Directory reported the existence of a Primitive Methodist chapel, a coastguard station, and a 100-year-old almshouse, founded Sir Thomas Middlecott for the Fosdyke and Algarkirk parishes.

Businesses include a coach company, the busy yacht haven, builders, handymen, a number of small artisan businesses, and producers of fruit and vegetables. Next to the tiny hamlet of Fosdyke Bridge are The Ship public house and the privately owned Fosdyke Yacht Haven, a pleasure boat marina and boat yard, developed from a previous commercial port. The marina has dry land facilities for sailing craft.